Market networks are about to transform the service industry 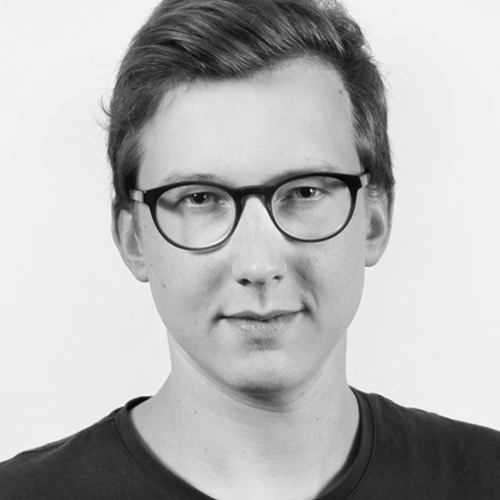 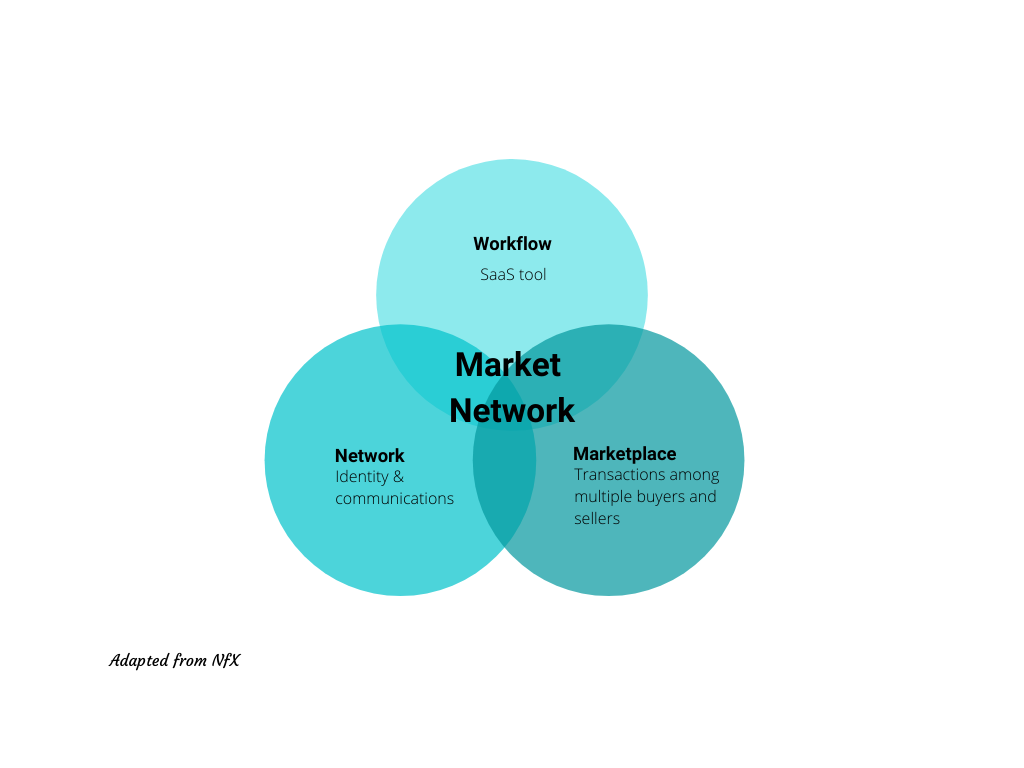 NfX, the VC firm who wrote the Network Effects Bible, recently posted about the product architecture that they think will dominate the next decade in tech: Market Networks.

An easy way of understanding this new product pattern is as a combination of elements usually associated with marketplaces, social networks, and SaaS tools.

Companies pioneering this new model include AngelList (for startups - possibly the first market network), Honeybook (for small business owners), and Houzz (for homeowners). We’ve included a schema NfX used to describe AngelList to illustrate the concept.

Before going into more details about how market networks work and why we agree with NfX that they are the future, let’s differentiate them from the previous models they evolved from.

Networks provide profiles for a person’s identity (in a specific context). They allow users to connect with other people in the network and then provide low-friction communication channels. Classic examples are Facebook, Twitter, and LinkedIn. The difference to a market network is that people don’t come to social networks to transact, but for communication and networking. By combining networking and transacting, these networks can become more purpose-driven and transaction data can be used to highlight promising collaborators.

SaaS tools focus on making complex workflows easier and providing the tooling necessary for efficient collaboration. For example, a common use-case for SaaS tools is Customer Relationship Management (CRM), for which popular tools include Salesforce and Hubspot.

In our experience, market networks are hard to understand since people often don’t have a mental category for it, and so they flip back and forth between understanding them as networks, marketplaces, and SaaS tools - neither of which is accurate. We previously explained how Primeflow is different and are exploring the concept of market networks in more detail below.

What’s unique about market networks is that they:

Market networks are also unique from a monetisation standpoint. They combine the strong network effects and the scalability of networks like LinkedIn or Facebook with the lucrative revenue models of SaaS or marketplace businesses.

Primeflow as a market network

Primeflow is all about private business networks for high-value referrals and introductions.

Well-connected individuals (we call them “Superpartners”) use Primeflow to grow and manage private networks around themselves. Those networks become differentiated channels with significant revenue flowing through them, that selectively connect to other networks.

For example, somebody well-connected in tech can use Primeflow to effectively create a distributed recruiting agency for technical roles.

This illustration below explains the interaction within a private network managed by a Superpartner.

Primeflow can be used wherever that same “brokerage” structure exists of people being paid for finding and introducing the right people, including recruiting, sales, investment, etc. This large range of use-cases is possible since each private network is differentiated and specialised.

We can see that the three main steps within Primeflow (connect, organise, and reward) map to the components of a market network as explained above:

- Connect. Like in a social network, users invite existing business relationships and connect with new partners that are well-aligned.

- Organise. This is where the SaaS-style tooling comes in, organising workflows in a shared pipeline and keeping track of prospects, tasks, and outcomes.

- Reward. At last, the marketplace element comes in when a transaction is successful. Everybody involved (often more than two) gets paid their share of the reward.

Why market networks will rule supreme

Market networks are the future of how software works. Not only do they combine the best aspects of previously successful models, but they are in line with three fundamental megatrends. The trends we’re mentioning below have appeared before in companies like Stripe and Shopify, in open-source software, and especially in the crypto space. Market networks combine all three of the key trends for the first time.

The following megatrends will completely restructure the business landscape in the coming decade:

Current tech giants from Facebook to Uber have shown that winner-takes-it-all approaches eventually lead to a bad experience for everyone involved and create harmful externalities. As a contrast, companies like Shopify and Stripe provide the tools to let a thousand flowers bloom instead of creating a single juggernaut platform. Each webshop built on Shopify is differentiated and adapted to their local environment.

Previously, marketplaces needed to focus on a specific transaction with a single buyer and seller. It was also necessary for marketplaces to start very narrow and then gradually increase their scope, in order to delicately balance supply and demand. However, most businesses and transactions are too complex to be reduced to a 2-sided marketplace. They happen privately, benefiting from personal access to the right opportunities. Opportunities that make it all the way to open marketplaces are what is left - lower quality on both sides.

Being able to map n-sided transactions with the help of SaaS tooling, and relying on users to bootstrap supply and demand in private networks resolves both of these fundamental blockers. These innovations will unleash marketplaces to become more ubiquitous, even if more fragmented.

The crypto space has pioneered the idea to allow users to capture much of the value they create themselves through tokens distributed based on usage. We don’t think that crypto tokens are necessary, but that most of the value a user creates should accrue to them in one way or another. Allowing Superpartners to manage their own private networks, including defining fees and reward splits, has this same effect. It’s not just that this leads to a more equitable situation in the long run, but the increased loyalty and virality act as rocket fuel for companies willing to share with their users.

In summary, market networks will become the new norm on how software is built. We have highlighted the advantages over traditional platforms throughout this post, from more complex and flexible interactions to powerful business models that give users a seat at the table. Market networks will empower a new generation of internet entrepreneurs, without running into the same trappings as today’s monolithic tech giants. 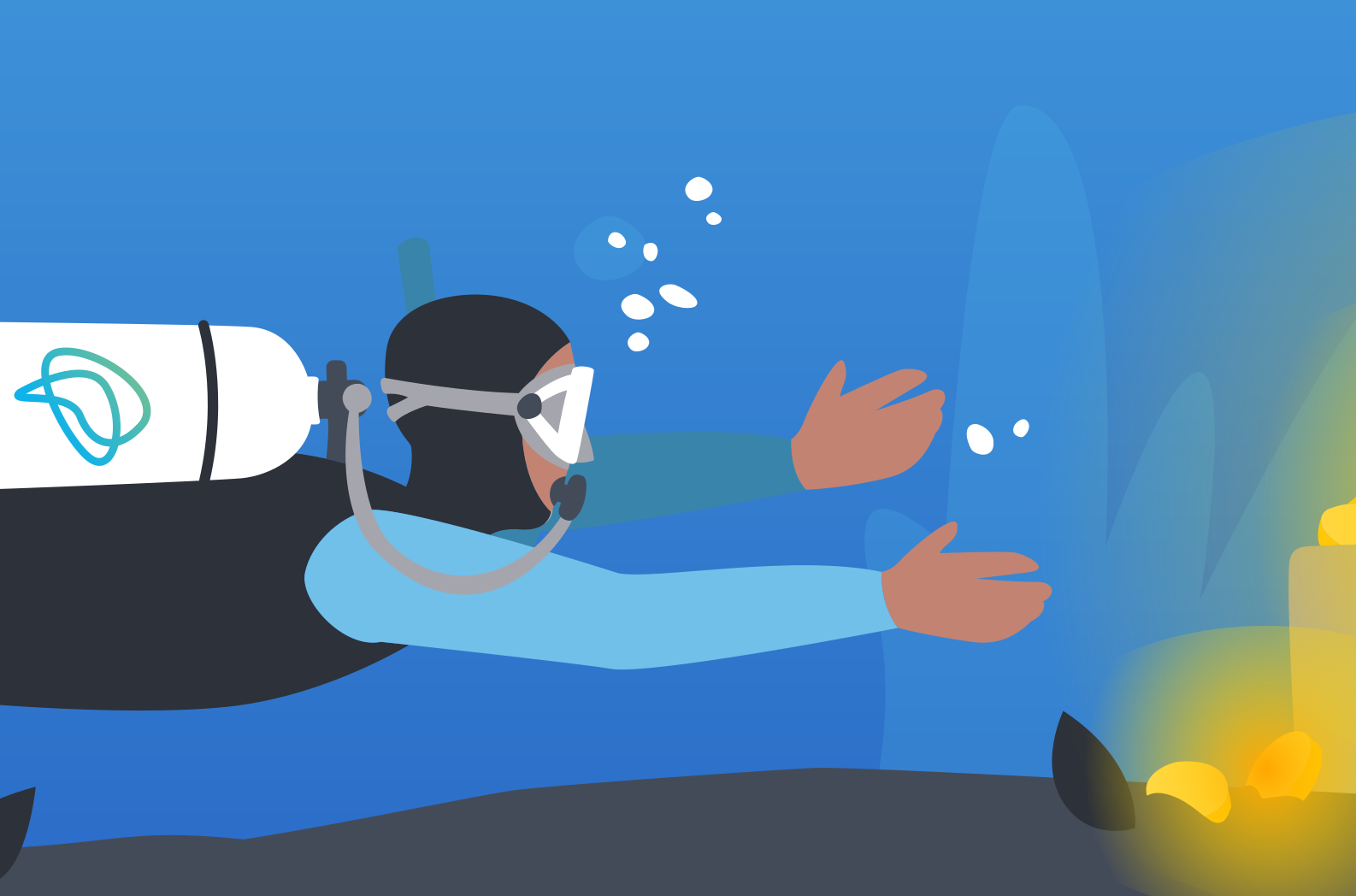 Before we started building Primeflow, we analysed the existing competitive landscape. Which current platforms allow people to collaborate in recruiting and sales? 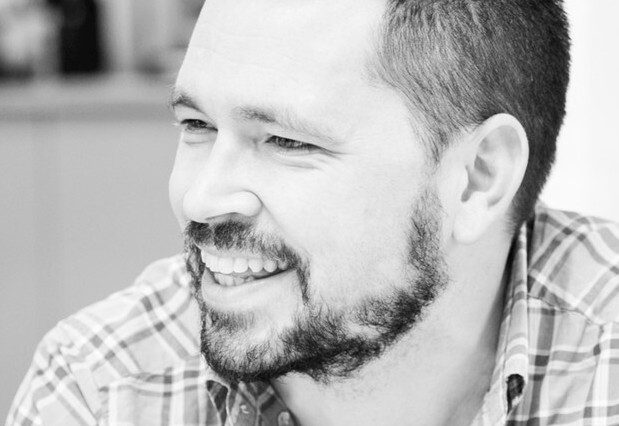 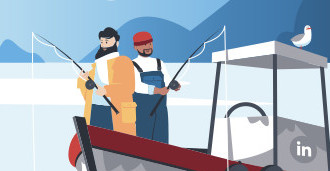 Deep networking, Primeflow's unique approach to blending the intelligence of human relationships with the power of tech. 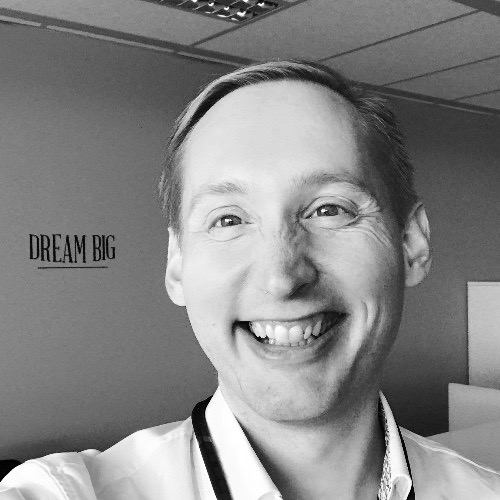 Joona, a well-connected sales wizard, is building an affiliate network with Primeflow. 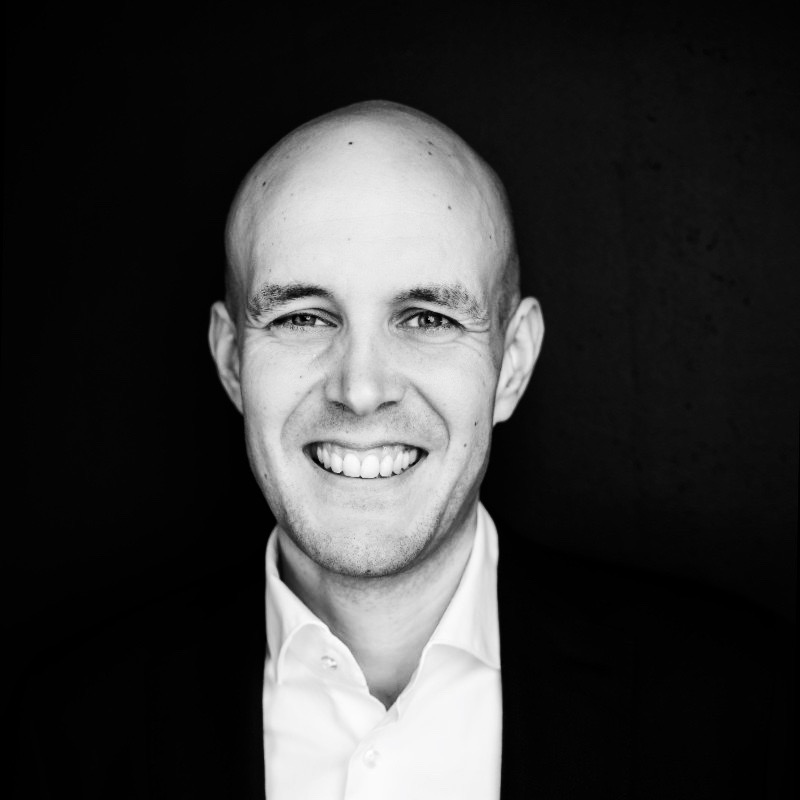 Introducing Juho, an HR influencer leveraging his network as a Primeflow Superpartner. 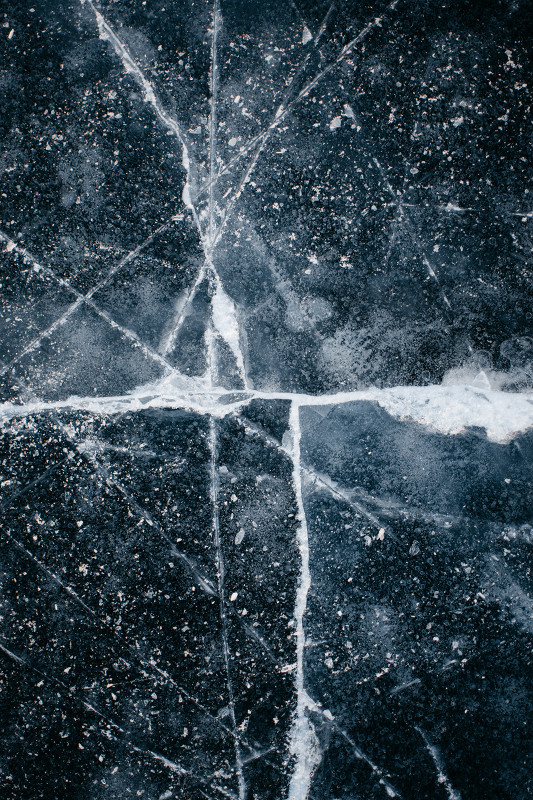 What is the cost of spamming your network?

Spam is a systematic problem created by the economics of online messaging. 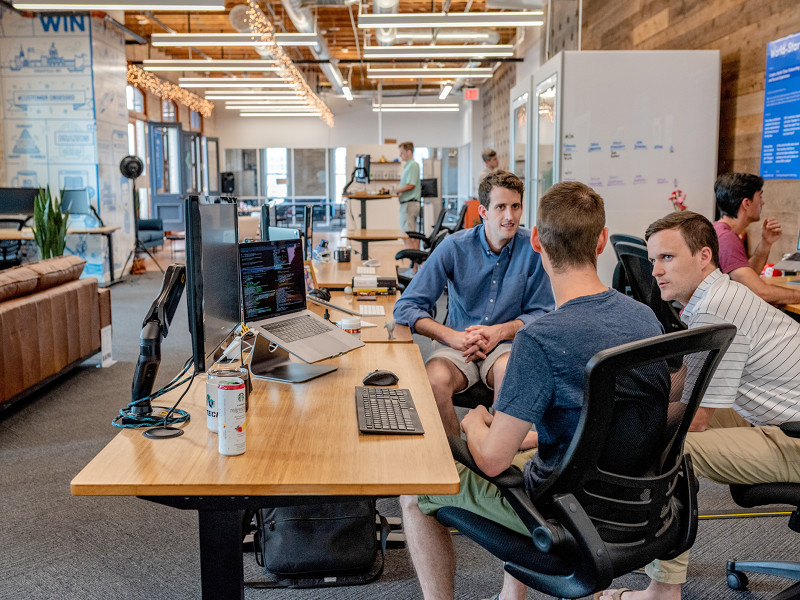 The future of recruiting

Primeflow is about unlocking the power of your network to find better candidates. What power, you ask?

After a successful period of research and building, we are excited to introduce Primeflow.